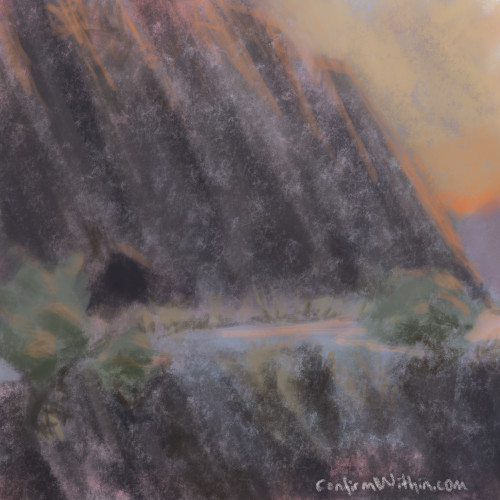 When stings stab
leaving red soreness on the flesh,
a bump inflamed
enraged,
the body defends itself.
Reactionary
contrary
unquarantined,
contrainidicated.
The bite sinks
deeper than the surface
into the menagerie
of the mind.
it persists,
pestilance
petulance:
torn trappings of the soul.
What now remains,
but pain?
A wavering between
Light and dark
Life and death
Heaven and hell
Goodness and disturbedness.
Until the Call to remember-
Leave away the inflaming sores-
Come to God
Come to success.

Iman is quite important in Islam. It nourishes our conscious connection to the Creator. It’s usually translated as belief or faith. You’ve probably heard the phrase, “lost in translation.” Well, it definitely applies here because iman means so much more than its common translation. It also means confidence and trust.

Why do faith and belief not do iman justice? Because faith and belief have a popular connotation, an underlying sense, that you can believe in something without experience and proof (actually this meaning has become an entry in the dictionary.)1 We can have faith in something absolutely imaginary, like having faith in the Easter Bunny, Spiderman, our own prideful nature. Confidence and trust have a different connotation. Although one of the meanings of confidence is to be presumptuous, the overall connotation of confidence gives another sense. When you’re confident in something, you trust in it based on previous experiences. This is the aspect of iman that’s lost in translation.

Iman is not about having blind faith in the Creator. Iman is to have faith based on experience and evidence. Notice in the Quran that whenever God calls people to have iman, he says things like, “Remember when we did this for you,” “Do you not see how we do this for you?” and “Think about what we do here.” Here are some examples:

Have they not considered how we drive water to dry earth and produce harvest from which you and your livestock eat? Will you not see?” (32:27)

[…] When (the mother) has become heavy (with child) the parents call out to God, their Lord, “Give us a healthy child and we will indeed be grateful.” But when he blesses them with a healthy child they ascribe partners to the (blessing) which He gave them. God is above all the partners they ascribe. (7:189-190)

And (remember) when we established the (sacred) house (in Mecca) as an abode for mankind and made it secure, and (said), “take the station of Abraham as a place of prayer.” […] (2:125)

Here’s a quick but very insightful side note. My friend Adib made a great point: Every instance God says, “Remember” and follows it by recounting some gracious event, like “Remember when we saved you from the Pharaoh” (14:6), God isn’t just talking to the Children of Israel, but he’s also reminding us of some favor he bestowed upon us like the time he saved us from some type of oppressive influence in our lives, for example. The Quran is, after all, a book made for each and every reader’s own, personal growth. Let’s get back to the point about iman 🙂

Iman isn’t a baseless belief in God, but it is a trust and confidence in God that’s grounded in reality and consistent experiences.

There are certain things that we have confidence in. For example, the sun rising. We don’t know for a fact that the sun will rise tomorrow. But, it’s been shining for so long, so routinely, that we have confidence that it will rise tomorrow. Because it’s so consistent, our confidence in it is very strong. This is the kind of iman that we’re called to in the Quran. It’s a confidence and trust in God, in the unseen, based on all the things that we do see and experience all of the time. God constantly shows us these things. This is why, in chapter 55, he repeatedly asks,

The fact that the favors exist are not disputed by the ungrateful. They can’t deny the shining of the sun, nor the purity of water, but they can deny being grateful to God for these things. And this is a terrible state. It’s a state of dishonesty. In the Quran, this state is described by the word kufr which means to deny the truth of something and be ungrateful.

Even if you are an atheist you should still recognize the countless favors you experience. And if you do recognize them, shouldn’t you at least be thankful for them? To whom should you be thankful? To the being that created them. That is the most honest thing to do because we know, each of us, that we did not create these things.

Remembering God’s favors is the basis of our iman. See you next post, God willing 🙂

1. In modern usage, the word faith has taken a bit of a negative connotation. For example, one definition for faith via Dictionary.com is “belief that is not based on proof.” For this reason, using faith or belief as translations for iman do not do this Quranic term justice.